If you’re looking for road trip inspiration for your next adventure in Europe with your sweetheart, look no further. Germany’s famous and fast autobahns, it’s majestic and stunning castles, charming old towns and lush forests are calling! Wind your way along the Romantic Road for the ultimate getaway.

Travel through Southern Germany along the so-called “Romantic Road,” which winds through some of the most charming old towns that Germany has to offer, some of the prettiest and picturesque forests and past medieval castles before ending in the gorgeous Alps. They don’t call this route the Romantic Road for nothing: it’s absolutely stunning and makes for the perfect trip for an anniversary, an ideal setting to pop The Question or just spend some much-need time with your partner.

Traditionally the route starts among the vineyards of Würzburg and finishes in Füssen, at the foot of the Alps. The route attracts some 2 million tourists a year, who mostly visit in the summertime when the roads can get crowded with coach buses. This is why we recommend visiting in autumn, when the leaves are changing color and boutique hotels are cheaper. This little info-graphic highlights some of the top experiences to have along the way.

1. Walk around the Würzburg Residence

This is one of the most important baroque palaces in Germany, built in the 18th century. Above the Grand Staircase is the world’s largest fresco, painted by Giovanni Battista Tiepolo and depicting the alleges of the four then-known continents (Europe, Africa, Asia and America). The 360-room home now houses government offices, university faculties and a museum but the grandest and most opulent 40 rooms are open for visitors. 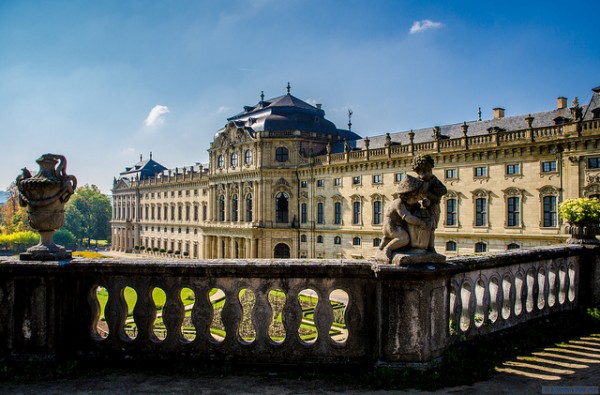 The heart of Bavaria’s wine-growing region is Franconia where you can find the renowned bocksbeutel-shaped wine bottle and taste some of the world’s best wines. The region is famous for their dry, fruity wines. Look for signs along the country roads for wineries with tasting rooms that are open. What should you taste while you’re there? These are the most popular wines made in Bavaria: Silvaner, Riesling, Müller-Thurgau and Pinot Blanc.

Rothenburg is an excellent example of a walled medieval town, one of the few remaining in Germany. In the Middle Ages, it was important to have a Nightwatchman, to walk around the city’s walls in the dark and warn of any dangers. Today, you can either join a tour or make your own by doing the 2.5 km circular walk around the unbroken ring of the town wall. For the best views, head to the west side of town where you can see the Tauber Valley. 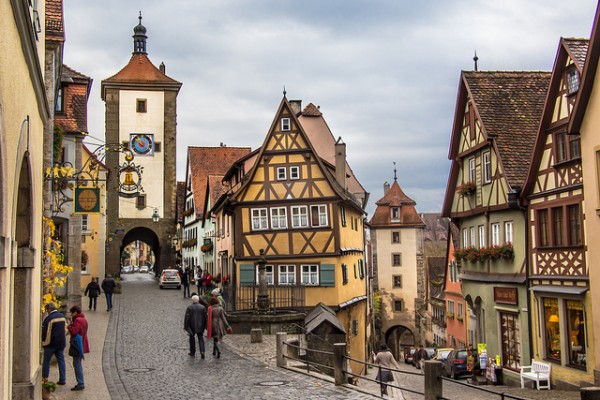 4. Spend a night in a medieval village

When you’re ready to stop for the day, any medieval town along the way will do but if you want to venture off the beaten path, then Nördlingen is a perfect choice. It’s not as popular as its neighbors but you’ll be able to escape the kitsch that the Romantic Road can sometimes have. The town lies within the Ries Basin, which was created by a meteorite 15 million years ago. The town’s walls date from the 14th century. Fun fact, in the 1970s film Willy Wonka and the Chocolate Factory, it’s Nördlingen pictured below when Charlier takes off in the glass elevator at the end of the film.

5. Go to the Augsburg Zoo

The Augsburg Zoo is one of the oldest in Germany and also one of the biggest. Already in the year 800 the town had Emperor Charlemagne’s Asian elephant on display and later in the 1400s a deer park was created. Today the zoo is home to 1,600 animals belonging to 300 species and some of the main attractions include rhinos, tigers, striped hyenas and a rare Persian leopard.

Pictured above, this really is one of the coolest and craziest castles in Germany. Does this place look familiar? It was the inspiration for Disney’s Sleeping Beauty castle. King Ludwig II planned this place himself, with the help of a stage designer rather than an architect. The Minstrels’ Hall is the most impressive. Can you imagine that after all the money and work to build this place, the king only spent 170 days living here? For the postcard view of the castle, walk 10 minutes to Marnenbrücke, which spans the Pöllat Gorge. 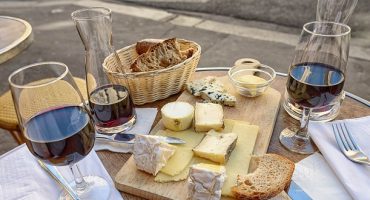 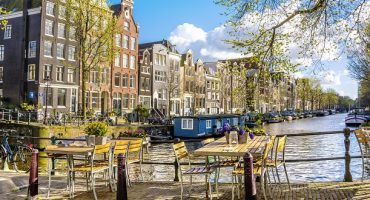 These Are Europe’s Most Vegan Friendly Cities 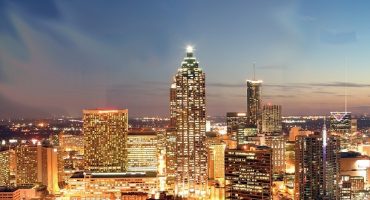