The 10 Best Cafés in the World

Throughout the centuries, the world’s bars and cafes have served not only as great places to get a drink but also as the meeting points for some of history’s most prominent and influential figures. With many still open today, it’s time to take a tour of the most famous, artistic and historic cafes in the world.

It’s often been said that the world’s history over the last two centuries was written in cafés and looking at this list, we couldn’t agree more! Serving as meeting points for artists and intellectuals, the world’s coffee shops and bars have often functioned as spaces of debate and creativity. It is inside their walls, among cakes, desserts and – of course – a good dose of caffeine, that some of the most defining ideas and works of today were crafted. If you want to treat both the mind and the palate, these are the places to head on your next trip.

Founded in 1897, this iconic café in Barcelona is known for having been the center of cultural and artistic life in the city throughout its 6 years in business (the café initially closed in 1903, thanks to owner Pere Romeu’s tendency to offer food for incredibly low prices to his friends!). Set in modernist building Casa Martí, Els Quatre Gats was inspired by Paris’ “Le Chat Noir” and offered food, drink and a bohemian spirit. 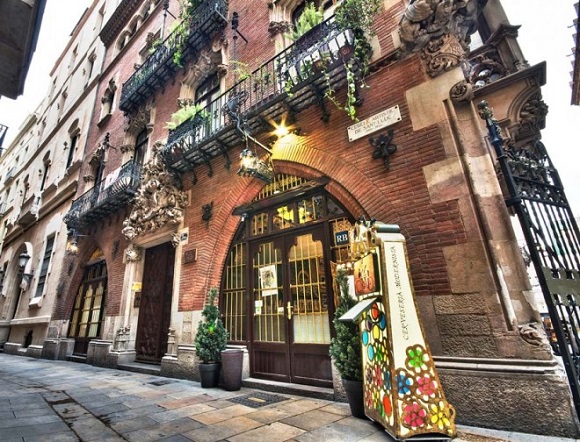 Bringing together famous Spanish artists such as Ramon Casas and Santiago Rusiñol, as well as local musicians and writers, the café was a true hub of creativity. Picasso himself contributed to the design of the menus, as well as holding his first solo exhibition in the café! To this day, his influence can still be seen both inside and out – on the corner of the street, you’ll find a poster designed by the famous Spanish artist.

Inside, a painting by one of the major figures of modernism, Ramon Casas, can be found: it depicts owner of Els Quatre Gats, Pere Romeu, riding on a tandem bicycle. Els Quatre Gats re-opened in 1978 and can be visited by the public to this day. The perfect place to sit back with a coffee surrounded by artistic works and a rich historical heritage! 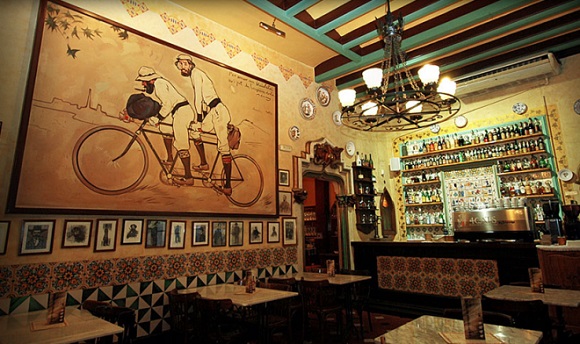 Prague is a city of cafés. That makes it pretty hard to choose just one, although perhaps the most beautiful and best known is Municipal House, an Art Nouveau building whose beauty has much to do with the contribution to its design of artists such as Alfons Mucha and Jan Preisler.

Like many historic cafes, in its heyday Municipal House was a meeting place for artists and intellectuals – today, however, it is more commonly frequented by tourists. You may not be able to rub shoulders with poets on a visit to the café, but the coffee itself is pure poetry. 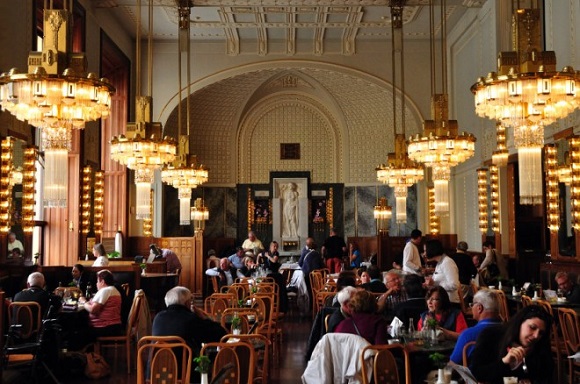 Founded in 1888 and located on Madrid’s central Boulevard, Paseo de Recoletos, this modest café and bar became the meeting point for some of the most fruitful social gatherings in Spain during the years after the Spanish civil war. Figures such as novelist Valle Inclan, poet and playwright Garcia Lorca, philosopher Ortegay Gasset and more came here to drink and debate while today the café retains its cultural significance, with writers and intellectuals continuing to pass through its doors. Enjoy a drink on the outdoor terrace or find a cozy corner inside to grab a coffee and soak up the atmosphere.

Want to tick off two of the world’s best cafés in one trip? Enjoy your morning coffee in Café Gijon, before booking cheap train tickets from Madrid to Barcelona and heading straight for Els Quatre Gats. 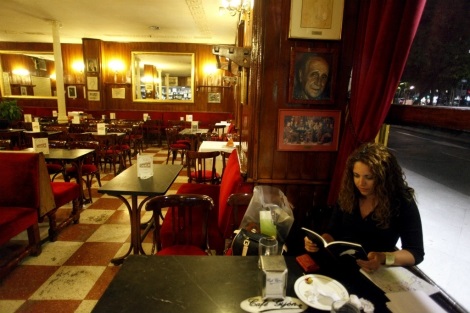 One of central Europe’s most iconic cafes, this large and luxurious coffee house is located in the Hotel Boscolo, Budapest. Seen by many as the world’s most beautiful café, Café New York is renowned for its Hungarian chocolates and varied array of cakes. The experience of enjoying a coffee in such a lavish and stunning environment comes at a price, but the stunning setting is well worth it! 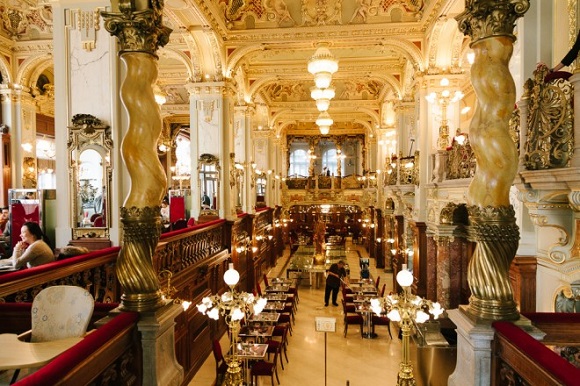 Fancy hearing all about the Theory of Relativity over a coffee? Perhaps not, but in the past that’s exactly what you could have done: Albert Einstein himself gave several lectures here in 1911! During the Second World War, Café Odeon welcomed a large number of Europe’s prominent intellectual, political and social figures thanks to its location in neutral Switzerland. Today the café serves food and drink – including, of course, quality coffee! – to locals and visitors alike. 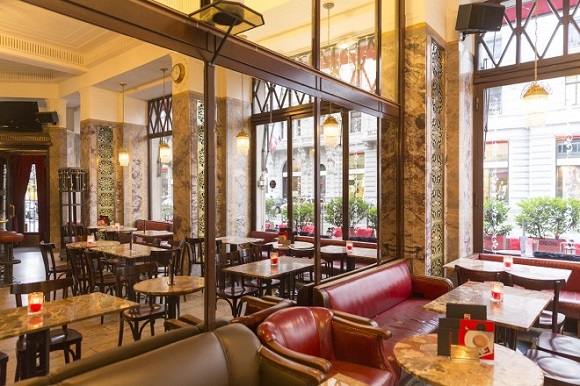 Since opening its doors in 1905, Café A Brasileira has become one of the most famous cafés in the Portuguese capital. A Brasileira is famous for two things: one, for having served delicious Brazilian coffee since its first day in business; and two, for serving Bica, a strong, smooth coffee similar to an espresso. Quality coffee aside, this iconic café in Lisbon’s Old Quarter is also known for its architectural beauty and modernist style. Literature lovers will appreciate its strong heritage, with Portuguese authors such as Fernando Pessoa passing by for absinthe and inspiration. 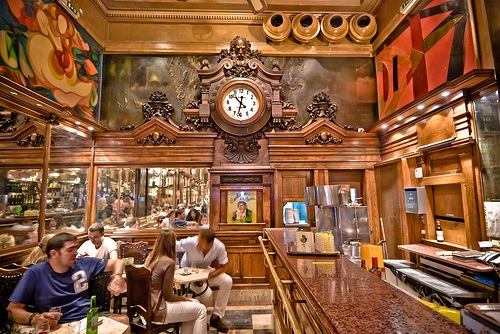 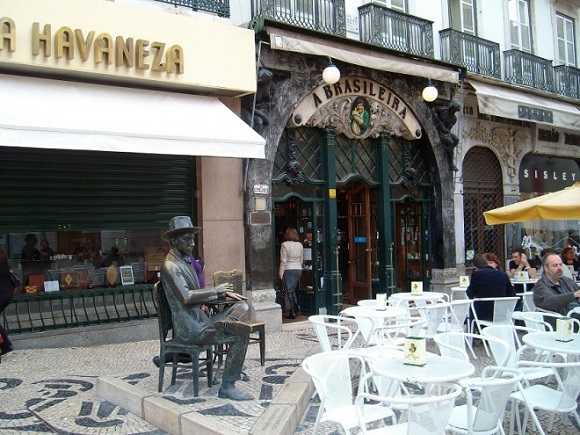 Founded in 1860, Vienna’s Café Central was for many years the heart of European culture. Some of the most influential figures of the twentieth century came here to meet, debate and drink including Sigmund Freud, Adolf Loos, Klimt and Mahler to name just a few! Closing its doors shortly after the Second World War, the café has since reopened and serves up a dose of culture alongside your traditional Viennese coffee. 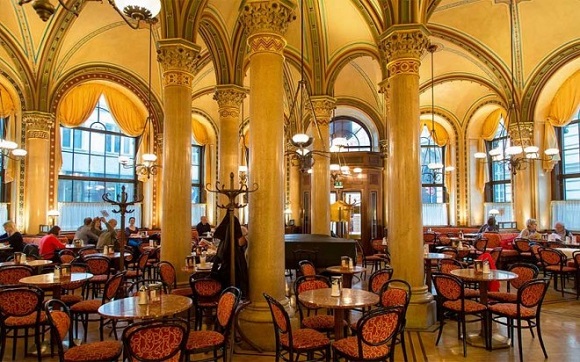 Founded in 1760 by an Italian of Greek descent – hence the name – this is the oldest café in Rome. Perhaps due to its age, it offers something a little different from the other coffee shops on this list. An intimate space, the proximity of the tables in this atmospheric space invite you to strike up a conversation with your neighbor, just like in the good old days! The list of visitors to this iconic café includes names such as Goethe, Byron, Wagner, Keats, Morrissey and Hans Christian Andersen, whilst today the café remains a popular choice for artists, writers and intellectuals in Rome. 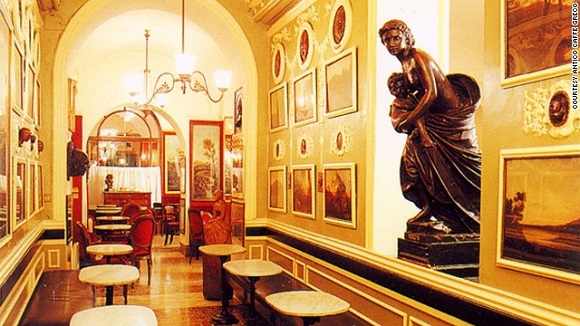 Founded in the late seventeenth century, this Parisian café is named after its first owner, Francesco Dei Procoprio Coltelli. Famous visitors included Benjamin Franklin, Voltaire Thomas Jefferson whilst rumor has it that within its walls, Diderot came up with the idea of the Encyclopedia. Thanks to its rich history, today the café is frequented by visitors who come to enjoy the coffees, desserts and food of this centuries old institution. 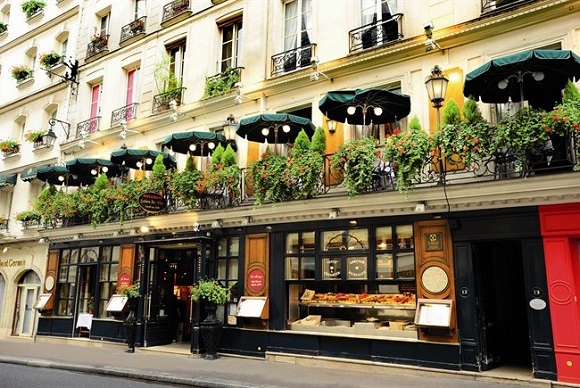 Founded in 1880, El Estaño is one of the oldest cafés in Buenos Aires. Initially a warehouse, the café and bar quickly became a popular meeting place for intellectuals and bohemians. More recently, the café was made famous thanks to its role in the film ‘Evita’ and it remains to this day a great place to soak up the artistic atmosphere of Buenos Aires – although you’re more likely to bump into tourists than artists while enjoying your morning coffee. 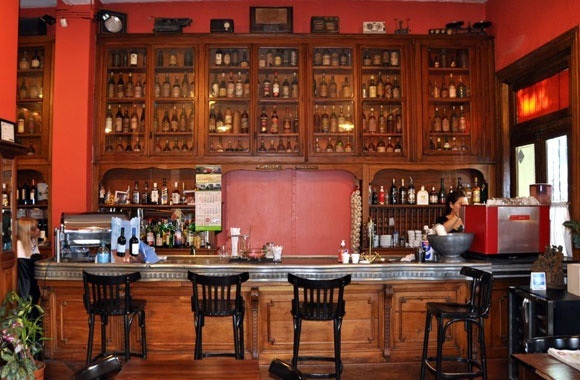 If you fancy grabbing a drink somewhere a little more modern but no less beautiful, check out our tips for the best rooftop bars in cities such as London, Rome and Paris: 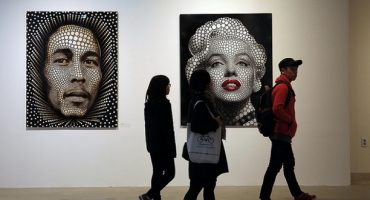 Culturaliv: Discover, Save and Share Museums Across The World 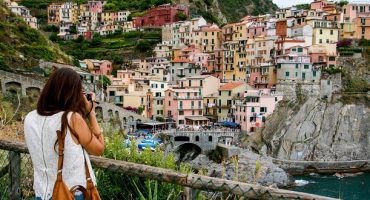 Elodie Runs the World: running on the road and solo travel 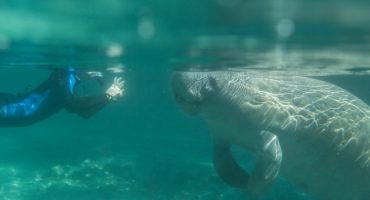